French researchers from the Femto-ST Institute have used micro-robots to assemble the world’s smallest house, which stands just 0.015 millimetres high.

The tiny house, which has a footprint of 0.02 millimetres by 0.01 millimetres, is around half a million times smaller than a regular two-storey house.

Sitting on the top of an optical fibre the house has a traditional gabled roof, four windows, a door, chimney and walls made of an ultra-thin silica membrane that is just 0.0012 millimetres thick. 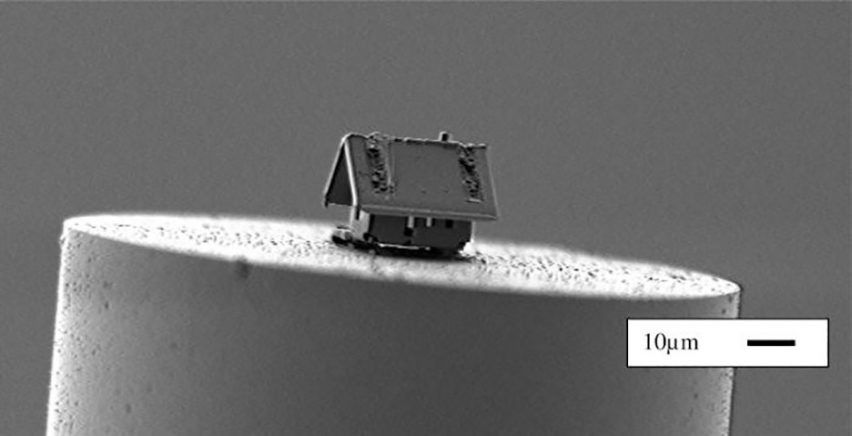 The micro house, which was assembled by nano-robots, has a pitched roof, windows and doors

While the house would make inadequate shelter for any animal bigger than a micro-organism, its engineers from the Femto-ST Institute, a research organisation in Besançon, France, are celebrating the breakthrough in nano-robotic construction.

“We decided to build the micro-house on the fibre to show that we are able to realise these microsystem assemblies on top of an optical fibre with high accuracy,” said engineer Jean-Yves Rauch.

“For the first time we were able to realise patterning and assembly with less than two nanometres [0.002 micrometres] of accuracy, which is a very important result for the robotics and optical community.”

The nano-house was assembled on top of an optical fibre

The engineers constructed the house using a new nano-assembly system that involved a tiny robot working in a vacuum chamber. An ion beam was used to cut the walls and roof of the house out of the fine sheet of silica membrane.

By cutting just part way into the sheet, it triggered the membrane to self-fold into its house shape, like autonomous origami.

The engineers used the ion beam on a lower setting to weld the roof and walls into place, and combined the beam with a gas injection to create the tiling pattern on the roof. 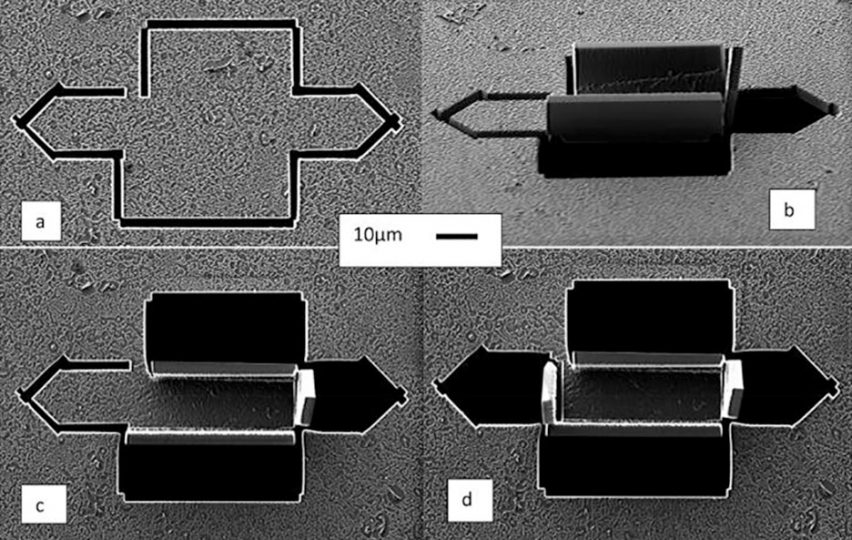 The team published their experiment last week in the Journal of Vacuum Science and Technology A (JVST A). The advances in nan0-construction might not mean much to the growing field of robotic building construction, but it will be significant to other areas of robotics.

“With this advancement, optical fibres as thin as human hair can be inserted into inaccessible locations like jet engines and blood vessels to detect radiation levels or viral molecules,” said the American Institute of Physics, publisher of the JVST A.

Meanwhile, the trend for micro-homes continues, with architecture firm BIG last week unveiling a prototype prefab cabin in Upstate New York that has a footprint of 17 square metres.

Images courtesy of the Femto-ST Institute.

How to Remove Rust and Restore Golf Clubs

A new heatwave has hit Europe, here’s what you need to know